Google Cardboard is a virtual reality (VR) platform developed by Google that consists of a the Cardboard SDK, a platform for developers to create virtual reality experiences and a cardboard, printable mount you can use with a mobile phone to view VR applications (an affordable VR headset you can print and fold yourself or buy from 3rd party suppliers).

It’s an affordable way to play with virtual reality content but it does depend on your smart phone, it’s not standalone.

The latest Cardboard was released in early 2015 and is designed to work with smart phones with screens up to 6 inches. And it has a button (the first version didn’t).

Once you have a viewer, you can download compatible apps from the app store. Scan the QR card on the viewer and then put your phone inside the Cardboard viewer to view the virtual reality content.

There’s an official Google Cardboard app with examples to get you started. 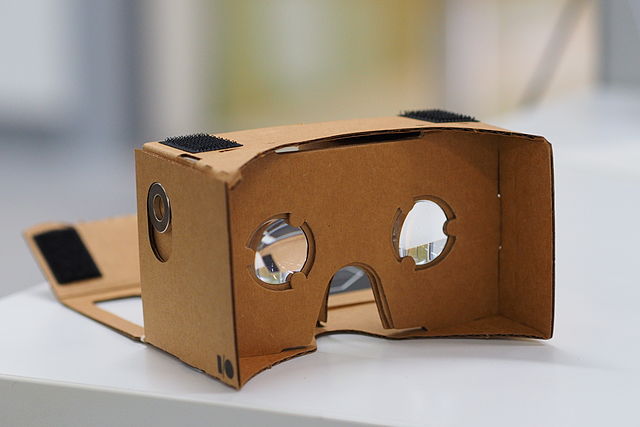 Print and build your own Google Cardboard mount

Some educational apps available in the Play Store include

Made with by artefacto

We are Artefacto, a creative technology company specialising in learning and making for the libraries, museums, archives and galleries sectors.